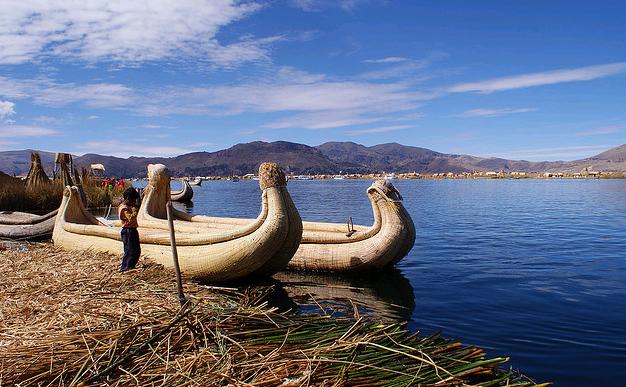 Come with us!! the best private guides in Arequipa, Puno, Cusco, Machupicchu.

Arequipa’s beautiful plaza is dominated by its fine cathedral and the sun shines all year on this southern city. From Arequipa we journey to Colca, the world’s deepest canyon and the realm of the condor. We travel to Lake Titicaca, the world’s largest tropical lake and then to Cusco,  the cradle of the Inca Empire and the archaeological capital of the Americas. From Cusco we will hike the Inca Trail, following in the footsteps of Inca pilgrims to the sacred city of Machupicchu.

Day 1: Transfer to the hotel in Lima

Day 2: Transfer to airport in Lima and hotel in Arequipa

Arequipa: This “White City” is surrounded by spectacular  mountains,  including  the  volcano  El Misti (5800 m). The city is situated in a beautiful valley and boasts fine Spanish buildings and churches.
Several volcanic cones rise from the surrounding tablelands, forming snowy peaks more than 6,000 m high like El Misti, Chachani, Ampato, Mismi, Solimana and Coropuna. At the opposite end of the scale to these massive peaks are deep, imposing canyons like those at Majes, Colca, Sihuas, Cotahuasi and Ocoña.
Arequipa is known as the “White City”, due to the white volcanic rock from which most of its buildings are made. Its historic centre is a treasure house of architectural jewels, including churche
The fertile countryside around the city is also particularly beautiful, as are the surrounding towns of Cayma, Carmen Alto, Yanahuara and Characato, where there is an astronomical observatory.

Colonial city / Santa Catalina (half day)
We will visit the Main Square, the cathedral,  the Jesuit church, colonial mansions, San Francisco church,  the artisan  fair and the viewing  point  at Yanahuara, as well as the Santa Catalina Convent. Built in 1580, it remained completely isolated from the outside world until 1970.

One of the deepest canyons in the world, Colca is a five hour journey from Arequipa. The road climbs up to the Cañahuas plain, a wildlife reserve where it is possible to see vicuñas and, occasionally, the much rarer guanaco.
The scenery  at the canyon  is truly breathtaking. Hundreds of Inca agricultural terraces are still used by local farmers, and life in the valley has changed very little over the centuries.
The river drops an average of 950 m every 45 km. The most spectacular point is Cruz del Condor, 60 km from Chivay. This is a perfect place to see condors as they rise on thermal air currents in the morning and afternoon.

At around 6am we will leave Chivay to travel to Cruz del Condor to observe these giant Andean birds. Later in the day, on our way back to Chivay, we will have a chance to visit the villages of Tapay, Pinchillo, Maca and Yanque, arriving at our hotel in Arequipa in the late afternoon.

Day 5: Transfer to airport in Arequipa and to hotel in Puno, visit Sillustani

Puno: is the major port on Lake Titicaca and famous for its folk dances,  which are the most colourful found in the Peruvian highlands. Puno is a cultural and linguistic frontier, dividing the two dominant ethnic groups which inhabit the Titicaca area: the Quechua and the Aymara.
Lake Titicaca (3855 metres above sea level). Titicaca measures 233 km (145 miles) from northwest to southeast and 97 km (60 miles) from northeast to southwest. Throughout  history, Lake Titicaca has been home to many different cultures and its waters  have  nourished  great  civilizations such as the Tiwanaco, Pukara and Inca.
Visit Sillustani
Sillustani is located between Juliaca and Puno, and it  is  therefore  possible  to  visit  the  ruins  when travelling between the Juliaca airport and Puno. Sillustani is an archaeological complex with tombs dating from both the Inca and pre-Inca periods. They are  high,  stone  tower-like  constructions  built  to house  the  remains  of  the  Quechua  and  Colla nobility. The tour includes a guide and transport, and passengers are transferred to the airport at Juliaca after the trip in time for their flights.

The Floating Uros Islands
Very little is known about the Uros, the people of the floating reed islands. The ephemeral nature of their totora reed constructions and the watery world they inhabit make archaeological study impossible, and only their myths remain to teach us something of their history.
In  their  oral  histories,  the  Uros  say  that  their forefathers came from the south. We cannot know with any certainty when the Uros first arrived at Lake Titicaca, but it is speculated that a great drought around  1200 A.D. provoked  a series  of massive migrations of entire peoples across the altiplano. In a scenario similar to the one predicted for many parts of the world in the 21st century, conflicts arose as competition increased for water and fertile land. Taquile Island
Taquile is the most fascinating island on the lake. The scenery on the island is beautiful; the soil is a deep earthy red colour, which in the strong highland sunlight  contrasts  magnificently  with  the  intense blue of the lake. The backdrop of the snow-capped
Cordillera Real on the far side completes a splendid picture. The people wear colourful traditional clothes, which they make themselves. They speak Quechua rather than the Aymara language of most Titicaca   Indians   and  maintain   a  strong  group identity.

We travel by bus to Cusco, visiting a number of interesting sights along the route, including the temple site of Raqchi and the charming village of Andahuaylillas with its church, which has been called  the “Sistine  Chapel  of the Americas”.  We arrive in Cusco’s fertile green valley in the late afternoon.

Cusco, the archaeological capital of the Americas and the oldest continuously  inhabited city on the continent, lies in exceptionally beautiful Andean countryside. It is 3400 metres above sea level and its legacy as the hub of the Inca Empire is readily apparent: Most of the city streets are lined with Inca- built stone walls and crowded with Quechua- speaking descendants of the Incas.

The city of Cusco and Saqsaywaman (half day)
We begin our tour with a visit to the cathedral. From the cathedral we move on to Qoricancha, the Inca Temple of the Sun, where we will be able to see some of the finest remaining examples of Inca stonemasonry.

We will explore this ancient Inca sanctuary with its immense monolithic walls built from stones that weigh up to 130 tons each, all fitted perfectly together.  Saqsaywaman  witnessed  great  events and bloodshed during the siege of Cusco at the time of the conquest. We will then visit the amphitheatre at Qenqo, the fortress of Puka Pukara and the ritual Inca baths at Tambomachay.

Day 9: The Sacred Valley of the Incas Pisaq market

The colourful markets of the valley are open during the mornings, when you will be able to buy Peruvian crafts, jewellery and textiles, and see the traditional produce  market  where  local people  trade.  Pisaq market is open on Tuesdays, Thursdays and Sundays, and Chinchero market is open on Sundays.

Ollantaytambo
The village  of Ollantaytambo  retains  the original street  plan  of the  Inca  town,  making  it the  only surviving example of Inca urban planning. Our tour will include a visit to the agricultural areas around the village, the irrigation system, granaries and the fortress-temple  built  by  Inca  Pachacuteq  using
stonemasons  from the Colla culture around Lake
Titicaca.

A complete network of interconnecting roads linked Cusco to its provinces and other kingdoms and the Inca Trail to Machupicchu was part of that system. Today it has become the most famous and popular trek in South America due to the variety of attractions it offers.

This spectacular trail runs from high mountains down to cloud forest, passing through a number of diverse ecological  zones filled with an enormous variety of plants and birdlife. The route is also studded with archaeological  sites which lead the visitor to the lost city of the Incas; Machupicchu.

Our Private vehicle will take us to the trail head at 82 Klm. From here the trail follows the left bank of the Urubamba River from where we will see beautiful views  of  snow-capped  Veronica  (5850  m). After lunch we will visit the ruins of Llactapata  before continuing along the Huayllabamba valley and camping near the village of the same name.

From the village of Huayllabamba the trail climbs steadily through high Andean woodland to a plain called  Llulluchapampa  just  before  the  first  pass, from where there are excellent views of the Huayanay mountain chain. After another two hours walking we will reach the pass of Warmiwañuska (4050m/13,280ft), before descending as far as the canyon of the Pacaymayo River, where we make our second camp.

The trail climbs to the second pass at Runcuracay from where we will be able to see the Vilcabamba and Urubamba mountain ranges. After a short rest we descend along a paved Inca road to the ruins of Runcuracay and Sayacmarca, which have been recently restored. Here we enter the cloud forest and in the afternoon the trail descends via a stone staircase  past  the  ruins  of  Phuyupatamarca  to Wiñay Wayna, where we camp for the night.

After about two hours we arrive at Inti Punku, or the Sun Gate, from where we will get our first glimpse of Machupicchu. On arriving at the citadel we will tour the temples, houses, agricultural terraces and palaces of this magical place. Return to Cusco by train in the afternoon.

Other Services Included in Trekking Services 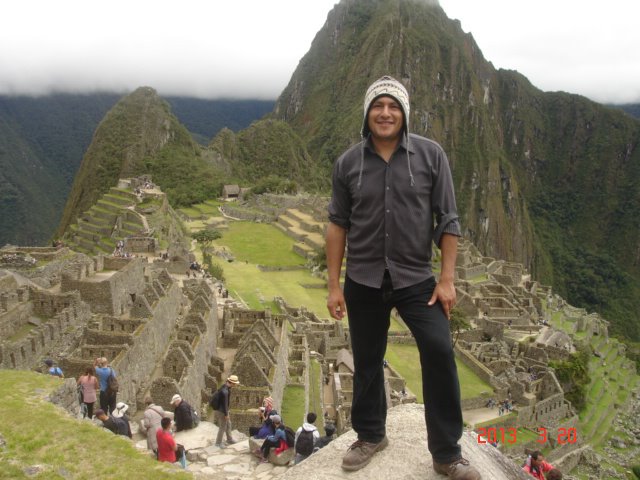 I am Hernan Hermoza, I am a PRIVATE GUIDE in MACHU PICCHU, Inca Trail. I am part of the team of MACHU PICCHU Tour Guide, since I was born in Urubamba, Cusco where I have been living and taking tours all my life I know everything here so I can make the arrangements for our customers including itineraries, making reservations, bookings for hotels, Local private tour guide, Local private driver, Local restaurants and any other arrangements that are required. All of your email enquiries come directly to me, and I guarantee that your emails will be replied to within 48hrs.